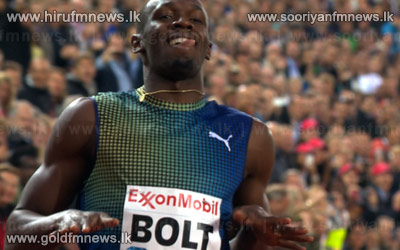 Six-time Olympic gold medallist Usain Bolt bounced back from a shock 100m defeat in Rome to ease to victory in the 200m at the Oslo Diamond League.

Bolt got out of the blocks well before pulling away in the final 50 metres to win in 19.79 seconds - the world's fastest time this year.

Bolt, who is the only man to break the 20-second mark over 200m this season, arrived in Oslo having lost the 100m by one hundredth of second in Rome last week.