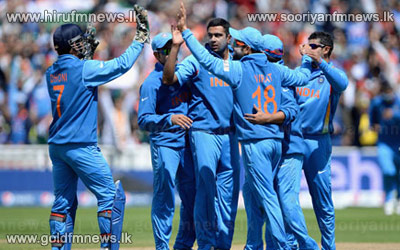 India underlined their Champions Trophy credentials and secured bragging rights over Pakistan with a comprehensive eight-wicket win in their dead-rubber clash at Edgbaston.

Already confirmed as winners of Group B and assured of a place in the semi-finals, India maintained their 100% record by chasing down a Duckworth-Lewis-revised target of 102 with 17 balls of their 22 overs to spare.

A woeful Pakistan, who exit the competition nursing three defeats in as many games, were bowled out for 165 inside 40 overs on a surface true enough for Shikhar Dhawan to make a dashing 48 off 40 balls in India's rain-interrupted chase.