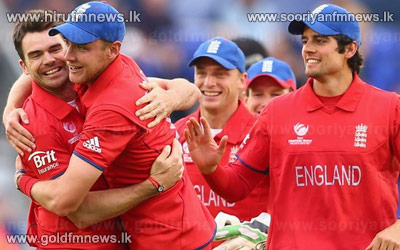 England defied the rain and a late New Zealand rally to book their place in the semi-finals of the Champions Trophy with a tense 10-run win at Cardiff.

A target of 170 in a game delayed by five hours and reduced to 24 overs per side appeared well within the Kiwis' reach after England lost their last seven wickets for 28 runs.

But the hosts bowled splendidly, especially with the new ball, to restrict New Zealand to 159-8 despite Kane Williamson's valiant 67 off 54 balls.