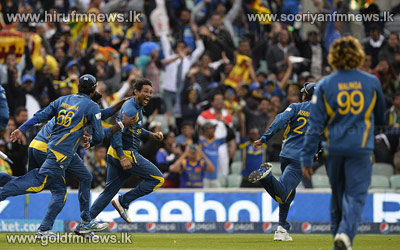 Sri Lanka progressed into the Champions Trophy semi-finals with victory over Australia, who failed in their 'mission improbable' at The Oval.

The holders had to win and reach the 254-run target set by their opponents inside only 29.1 overs in order to qualify, but it proved to be too great an ask.

After a good start, the run-rate dropped as they missed the first target before losing the match by 20 runs.

South Africa await Group A winners England in the last-four clash at The Oval on Wednesday.

Sri Lanka, who could have finished top of Group A had they bowled Australia out for 164 or less, will face India in Cardiff on Thursday.