Ricky Ponting to retire from all forms of cricket 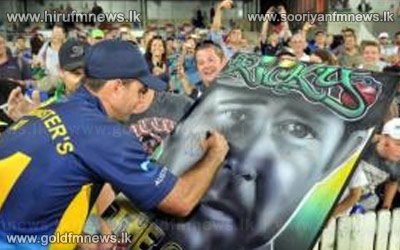 Ricky Ponting, the second highest Test run scorer of all time, will retire from all forms of cricket in October.

The former Australia captain, playing for Surrey until the end of July, quit international cricket in November 2012.

Ponting, will end his career after appearing for Indian Premier League side Mumbai Indians in the Champions League, which ends on 6th October.