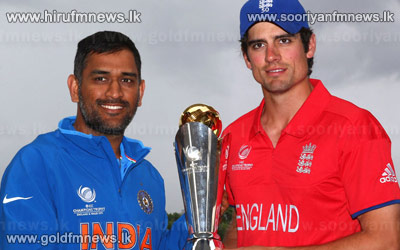 Captain Alastair Cook hopes England can end a 38-year wait for a major 50-over trophy when they play India in today’s Champions Trophy final at Edgbaston.

England have never won a World Cup or Champions Trophy and will face an unbeaten India.

England have won only one ICC global event but that was in the Twenty20 format in 2010.

They opened their 2013 Champions Trophy campaign with a 48-run victory over Australia before losing to a Kumar Sangakkara-inspired Sri Lanka, meaning they needed to beat New Zealand in their final group game to reach the final four.