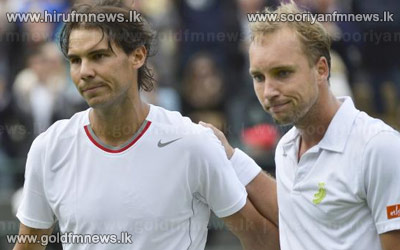 Ex-champion Rafael Nadal slumped to a shock first-round exit as world number 135 Steve Darcis pulled off one of the biggest upsets in Wimbledon history.

The Belgian was inspired as he recorded a 7-6 7-6  6-4 win on Court One to condemn the fifth seed to a second successive early exit at SW19.

It was his first competitive grass tie since Lukas Rosol beat him last year.

However, reigning champion Roger Federer eased into the next round with a win over Victor Hanescu.