SLC receives report on match fixing; Two umpires in danger of being convicted 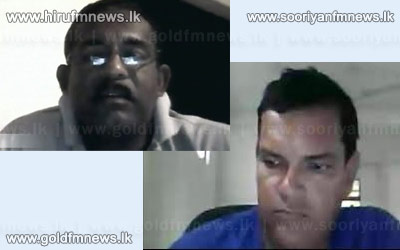 The committee report regarding the 3 Sri Lankan umpires who have been accused of match fixing allegations was submitted to Sri Lanka Cricket today.

According to sources the report has found two umpires to be guilty of the chargers levelled against them.

When the disciplinary committee in this regard had convened, Sagara Gallage in a letter had informed Sri Lanka Cricket that he would be stepping down from umpiring.

However Gamini Dissanayke & Morris Winston charged that they were not guilty of the chargers.

The report prepared by Attorney-at-law Sagara Kariyawasam handed over his final report to the SLC recently.

Sri Lanka Cricket sources stated that Gamini Dissanayake has been freed from the charges.

It was also reported that Morris Winston was found guilty for 4 counts out of 8 charges.