Dhoni ruled out of the West Indies tri-series 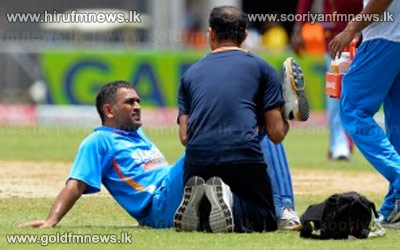 MS Dhoni has been ruled out of the West Indies tri-series after he injured his right hamstring during India's one-wicket loss against West Indies on Sunday.

Dhoni received treatment on the field during his innings of 27 and did not take the field in the second innings.

He may also be unavailable for the five-match ODI series against Zimbabwe which begins on July 24 in Harare.

Ambati Rayudu, the Baroda batsman, has been named Dhoni's replacement.