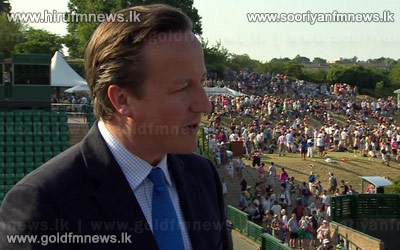 Prime Minister David Cameron and the Queen were among those to pay tribute to Andy Murray's Wimbledon victory.

Sport stars and celebrities have also praised the 26-year-old Scot after he became the first British men's winner since Fred Perry in 1936, beating Novak Djokovic in straight sets.

Murray converted his fourth championship point in a dramatic final game to win 6-4 7-5 6-4 and claim his second major title.