No complications; India need to win against Sri Lanka to ensure final berth 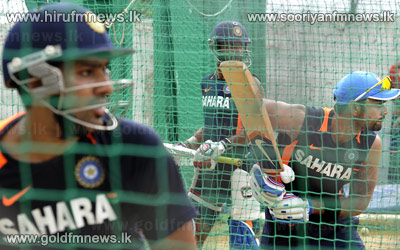 The Indian team would look to build on their momentum from the game against the West Indies as they take on Sri Lanka in the last group match of the Celkon Mobile Cup tri-series today.

Sunday's West Indies Sri Lanka clash, which further got postponed to Monday has provided Virat Kohli and his men the clear mathematical equation.

According to statisticians, all India need to do is to win by one run of off the last ball.

An Indian win ensure they have a better run-rate than the West Indies, which will allow them to ease their way through to the final.

India started off the campaign on a poor note, losing to both West Indies and Sri Lanka back to back.

The comprehensive defeat to Lanka has put Team India under the current predicament.

Sri Lanka, on the other hand have blown hot and cold but the win against the hosts in a virtually two-day game has all but cemented their final berth.

A win would sail them and the West Indies through.

The two sides have faced each other on numerous occasions in the past 18 months but none have proved to be more decisive than today's encounter.