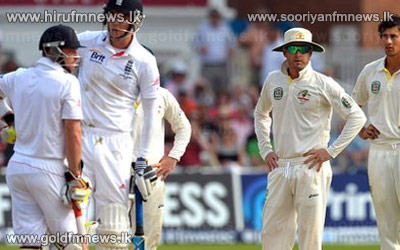 Ian Bell and Stuart Broad helped England build a potentially decisive lead of 261 over Australia in the first Ashes Test but the day was scarred by another major controversy.

But in a hugely contentious moment, Broad was given an astonishing reprieve when umpire Aleem Dar failed to spot a thick edge to Michael Clarke at slip, off the bowling of Ashton Agar.