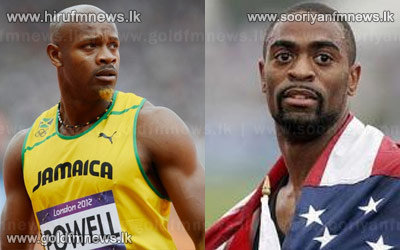 Gay, 30, the joint-second fastest man over 100m, was notified by the US Anti-Doping Agency on Friday that his A sample from an out-of-competition test in May had returned a positive.

Powell tested positive for a banned stimulant while competing in June's Jamaican championships.