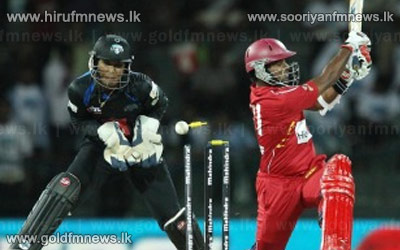 Sri Lanka Cricket has postponed the player draft of the second season of Sri Lanka Premier League by six days to July 20th.

The tournament's chief executive officer Ajith Jayasekara said The player draft was scheduled for July 14th but the time was extended for all the franchises to pay up their fees to SLC and to Somerset Entertainment Ventures before the players' draft can be held."

Somerset Entertainment Ventures is SLC's promotion partner for the league.

Jayasekara also stated that the second season of SLPL would go ahead as scheduled from August 10th to September 7th even if the number of teams is reduced from its present strength of seven.

Several international players like Chris Gayle, Mushfiqur Rahim and members of the South African team, who will be touring Sri Lanka later this week, are said to have indicated their willingness to participate in the tournament.