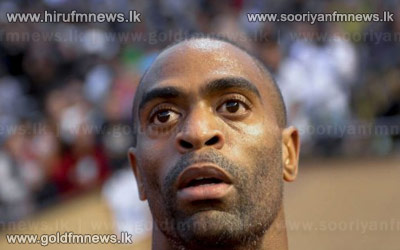 Sportswear manufacturer Adidas has suspended its sponsorship of sprinter Tyson Gay after the American failed a drugs test.

An out-of-competition test completed by Gay in May tested positive, according to the US Anti-Doping Agency.

Gay, is the joint-second fastest man ever over 100m.