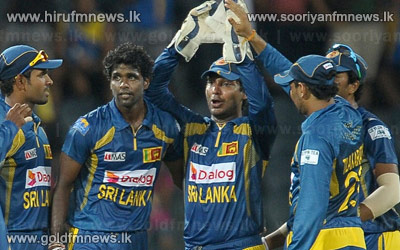 Sri Lanka beat South Africa by 180 runs in the first ODI at the R Premadasa Stadium in Colombo.

Kumar Sangakkara was in an absolutely murderous mood as he took the South African bowlers to the cleaners.

Sanga built solid partnerships with Upul Tharanga who made 43 and Mahela Jayawardana who made 42.

Sanga’s innings included 18 boundaries and 6 sixes which helped Sri Lanka end on a mammoth 320 for 5 which is their highest score against South Africa.

In reply South Africa only managed to make 140 all out.