We let the heat get to us' - de Villiers 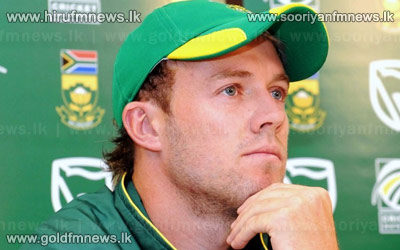 AB de Villiers said that the inability of South Africa's bowlers to deal with Colombo's sapping heat played a major role in the 180-run loss on Saturday, after the attack conceded 320 for 5.

South Africa prevented Sri Lanka from achieving a quick start after electing to field first, but were woeful at the dearth, conceding 137 in the last 12 overs.

De Villiers also defended his decision to bowl first, with his team then having to chase under lights.

The Premadasa surface has in the past become noticeably slower in the second innings of an ODI, but de Villiers suggested that conditions remained good for batting throughout the match, despite his side's collapse.