Bolt powers to victory in London 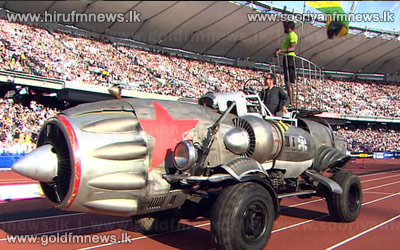 Six-time Olympic champion Usain Bolt produced a season's best to win the 100m on his return to the Olympic Stadium for the Anniversary Games.

A year on from the London 2012 opening ceremony, Bolt paid his own homage to last year's Olympics by clinching the blue riband event in 9.85 seconds.

Before a sell-out crowd, the Jamaican ran nine hundredths of a second quicker than he had previously done this year.

Britain's James Da-sao-lu pulled out injured before the race.