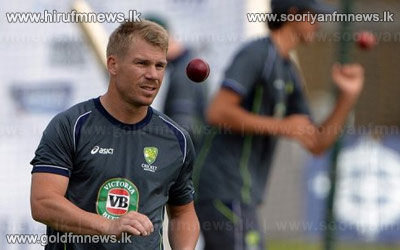 Batsman David Warner will rejoin the Australia squad and be available for the third Ashes Test at Old Trafford, starting on Thursday.

With Australia's top order struggling for runs in the first two Tests, Warner, is likely to be recalled.

He joined the Australia A tour to Zimbabwe and South Africa, scoring 193 against South Africa A in Pretoria.

But the left-hander was involved in a verbal altercation with opponent Thami Tsolekile on Saturday that caused the umpire to halt the game.