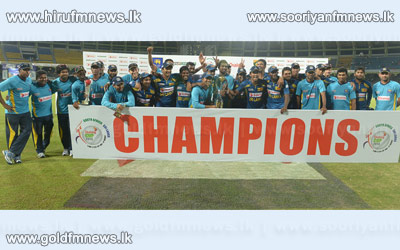 South Africa suffered a fifth successive sub-standard batting performance in Sri Lanka to concede the final match in the series - a dead rubber - to Sri Lanka who have shown their superiority.

Throughout the 12-day contest, Sri Lanka batted with more authority and bowled with more intent and just to emphasise that, they did it even better last night despite resting three senior players.

Tillakaratne Dilshan followed up his century in the previous match with 99 and shared in a second-wicket stand of 163 with Lahiru Thirimanne who found confidence with a half-century, while Kumar Sangakkara racked up milestones.

He overtook Misbah-ul-Haq as the leading run-scorer in ODIs this year and becomes the top-scorer for Sri Lanka in a bilateral series with 372 runs.

Without Lasith Malinga and spinner Rangana Herath, their replacements, Suranga Lakmal and Sachithra Senanayake, did the damage with five wickets between them to ensure even the flicker of a challenge South Africa posed was suffocated.

Although South Africa have scored more runs in each innings as this series wore on, they were always unlikely to chase down a score of 300-plus.