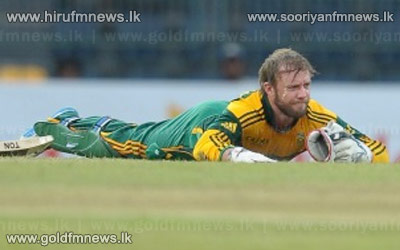 AB de Villiers had marked out the ODIs in Sri Lanka as the beginning of South Africa's approach to the 2015 World Cup, but South Africa's captain conceded, after the fifth ODI in Colombo, that the 4-1 thrashing may trigger changes in personnel.

His side had been beaten comprehensively in three matches - twice by well over 100 runs, and in the third by eight wickets - and comfortably in the other match, which had been affected by rain.

The scale of their defeat led de Villiers to admit Sri Lanka had been out of South Africa's league, at times, and that realisation will now lead to a period of introspection