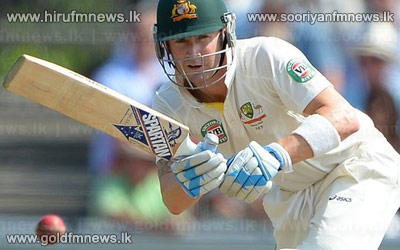 Captain Michael Clarke scored a vital century as Australia breathed life into their Ashes campaign by dominating the opening day of the third Test against England.

Trailing 2-0 and needing a win to have any chance of regaining the Ashes, Australia won the toss and reached 303-3 by the close at Old Trafford, with Clarke unbeaten on 125 and Steve Smith 70.

The pair put on an unbroken 174 for the fourth wicket after opener Chris Rogers set the tone for Australia's first successful batting display of the series with a positive 84.