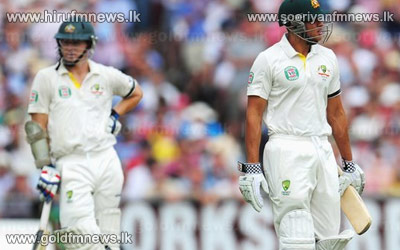 Cricket Australia and the Australian prime minister have criticised the decision to give Usman Khawaja out in the third Ashes Test at Old Trafford.

Khawaja was ruled to have been caught behind despite video replays suggesting he did not hit the ball.

Australian Prime Minister Kevin Rudd tweeted saying that was one of the worst cricket umpiring decisions he has ever seen.

Khawaja asked for the decision to be reviewed, but, despite Hot Spot technology appearing to back his view that he had not touched the ball, television umpire Kumar Dharmasena upheld Hill's call.