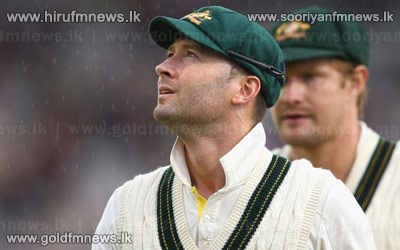 England retained the Ashes after rain meant the third Test against Australia at Old Trafford ended in a draw yesterday.

Only 20.3 overs were possible on the fifth and final day, but that was still long enough for England to collapse to 37 for three, having been set 332 to win after Australia declared on their overnight 172 for seven.

But England, 2-0 up in the five-match series after wins by 14 runs and 347 runs at Trent Bridge and Lord's respectively, only had to draw this match to be sure of retaining the Ashes.