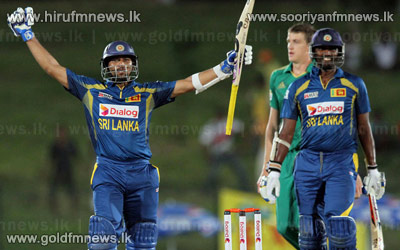 Tillakaratne Dilshan smashed an unbeaten 74 off 51 balls as Sri Lanka defeated South Africa by 6 wickets in the final T20 game yesterday to retain their number one ranking in the short format.

The hosts, already down 0-2 in the series, launched a spirited chase of South Africa's challenging 163-3 to win the day-night game in Hambantota with 11 balls to spare.

South Africa won the series 2-1, making amends for the 1-4 defeat in the preceding one-dayers on the tour.