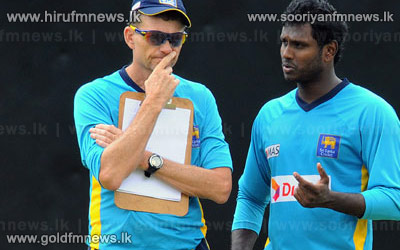 The Sri Lanka coach Graham Ford, left, is the favourite to take the vacant coaching position at Surrey next season.

Graham Ford is favorite to be the new coach of Surrey, strengthening the county's South African links.

Ford, a former South Africa national coach who is an old and close confidant of Kevin Pietersen, is currently in charge of Sri Lanka, but is thought to have emerged as first choice for the vacancy at The Oval left when Chris Adams was sacked as team director in June.

Ford gained considerable experience of county cricket with Kent, steering them to their last major trophy with victory in the Twenty20 Cup in 2007, and was Pietersen's preferred choice to take over from Peter Moores as England coach in the row which led to him losing his position as England captain.

He had returned to Natal to coach the Dolphins before succeeding Geoff Marsh as Sri Lanka's coach in January 2012.