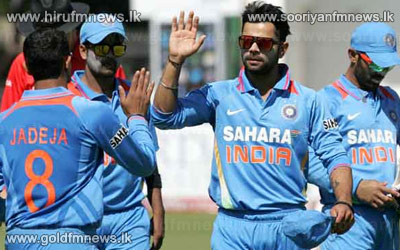 India's captain during the ODI series in Zimbabwe Virat Kohli, has said he is "not surprised" by Ravindra Jadeja's rise in the ICC ODI bowlers' rankings after the left-arm spinner jumped up four places to be joint No. 1 with West Indies offspinner Sunil Narine.

Kohli lauded Jadeja's performances during the last two years and said he has made a "huge impact" in India's recent ODI victories.

He said that he is really happy that Jadeja is the No.1 bowler in the world and that he deserves it.

Jadeja took only five wickets in five matches against Zimbabwe but is the leading wicket-taker this year in ODIs with 38 wickets from 22 matches, with an average of 18.86 and economy of 3.78.