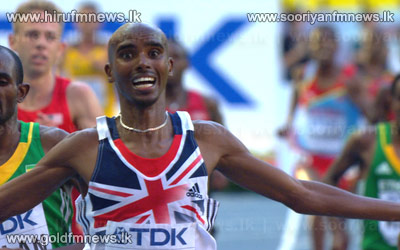 A year on from winning the 10,000m and 5,000m in London, the 30-year-old moved a step closer to repeating his Olympic feat in the Russian capital.

The Londoner saw off 2011 champion Ibrahim Jeilan in a thrilling sprint finish, crossing the line in 27 minutes and 21.71 seconds.