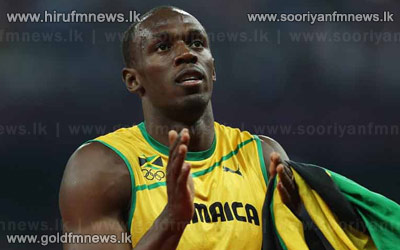 In heavy rain, the 26-year-old Jamaican made amends for his false start in Daegu two years ago and further cemented his status as the greatest sprinter in history.

The six-time Olympic champion overtook Justin Gatlin in the final stages, forcing the American to settle for silver in 9.85.