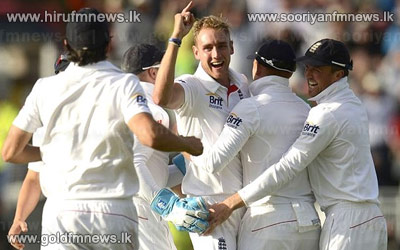 England won the fourth Test against Australia at Chester-le-Street by 74 runs with more than a day to spare yesterday, to take an unbeatable 3-0 lead in the five-match Ashes series.

Australia, set 299 to win, were well-placed at 168 for two but collapsed to 224 all out on the fourth day as paceman Stuart Broad took six wickets for 50 runs for a Test-best match haul of 11 for 121.

This was the first time England, who had already retained the Ashes, had won three successive Test series against Australia since the 1950s.