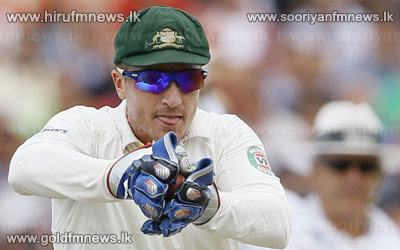 Brad Haddin has his sights set on playing until the 2015 World Cup in Australia, despite not being Australias regular gloveman in the 50-over format.

Haddin has taken back the Test wicketkeeping role from Matthew Wade on this tour and enters The Oval Test on the verge of breaking the all-time record for most dismissals in a Test series.

He hopes he can also feature not only in Australias upcoming Ashes series at home but the World Cup that follows in 2015.