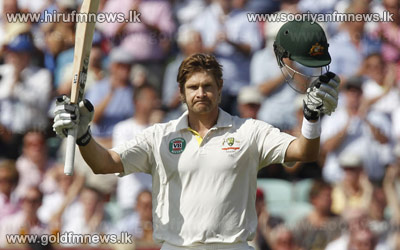 Shane Watson dismantled a new-look England attack to blast his first Ashes century and put Australia in a commanding position in the final Test at The Oval.

Watson scored a superb 176 - his highest Test score - and Steve Smith made an unbeaten 66 as the tourists reached 307 for 4 at the close of a disappointing day for the home side, who are targeting a first 4 nil series victory over their oldest rivals.

With night-watchman Peter Siddle at the crease, the hosts will be hopeful of making further inroads this morning as they look to claw their way into the match.