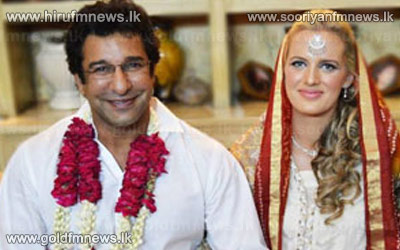 Famed Pakistan paceman Wasim Akram on Wednesday announced that he had married his Australian girlfriend, Shaniera Thompson, saying he has started a new life on a happy note.

"I married Shaniera in Lahore last week in a simple ceremony and this is the start of a new life for me, my wife and for my kids," Wasim told AFP.

Wasim proposed to the 30-year-old former public relations consultant on bended knee last month and they married on August 12.