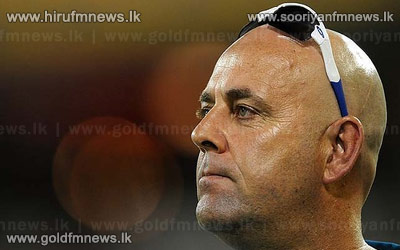 Australia coach Darren Lehmann has been fined 20% of his match fee following his criticism of England bowler Stuart Broad on an Australian radio programme.

After Broad admitted he edged a ball and  did not walk in the first Test, Lehmann said it was "blatant cheating.

Lehmann pleaded guilty to a charge of publicly criticising and making inappropriate comments.

The 43-year-old replaced Mickey Arthur as Australia coach 16 days before the start of the current Ashes series, in which his team trail 3-0 with one Test to complete.