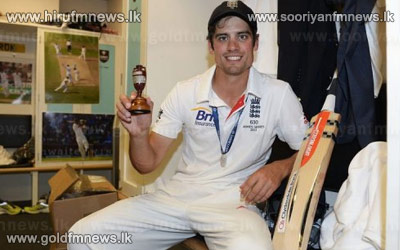 England captain Alastair Cook hailed his teams 3-0 Ashes triumph over Australia as "what dreams are made of".

The hosts drew the final Test at The Oval after bad light halted their victory push with just 21 runs needed from four overs.

But the result still ensured a third straight Ashes series victory for England and Cooks first as captain of the side.

Australia captain Michael Clarke believes his side are ready to mount a strong challenge to regain the Ashes despite their 3-0 series defeat.

Clarkes team failed to win a Test in an Ashes series for the first time since their 3-0 loss in England in 1977 and have not won in nine Tests.