Giles, Clarke has hit out at the ICC after bad light caused a farcical end to the 5th Ashes Test 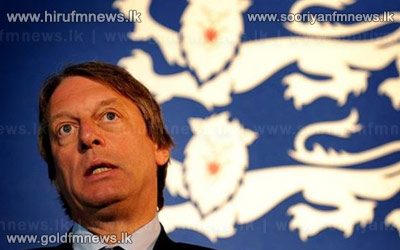 England chairman Giles Clarke has hit out at the International Cricket Council after bad light caused a farcical end to the fifth Ashes Test.

England needed just 21 runs from 24 balls to make history against Australia and wrap up a 4-0 home series success when - amid a cacophony of boos from an increasingly febrile Oval crowd - the players were taken off by umpires Aleem Dar and Kumar Dharmasena because of bad light.