Sanga settles for a draw. 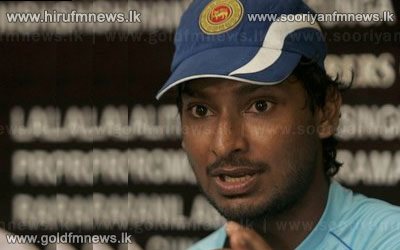 Kumar Sangakkara will not be officially reprimanded by Sri Lanka Cricket after his public spat with the board. According to a statement from SLC, the parties had met and resolved their differences amicably.

Sangakkara and SLC had sparred via the media and over email in the past week, after SLC asked Sangakkara to play for the Kandurata Maroons team in the Champions League T20, instead of his IPL franchise, Sunrisers Hyderabad.

Sangakkaras eventual decision to represent Kandurata at the tournament will cost him 140,000 US dollars, and the manner in which the issue was played out publicly created bad blood between him and the Sri Lankan board.