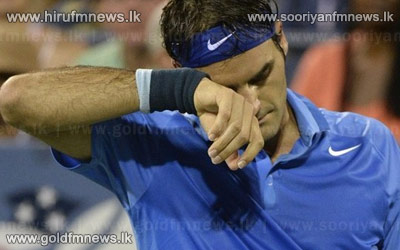 Roger Federers hopes of winning a sixth US Open title ended with a shock fourth-round defeat by Spains Tommy Robredo in New York.

The 32-year-old Swiss, who lost in the second round of Wimbledon two months ago, went down 7-6 6-3 6-4 on the Louis Armstrong Stadium.

Federer converted just two of 16 break points and made 43 unforced errors - 20 on his favoured forehand side - as he lost in two hours and 24 minutes.