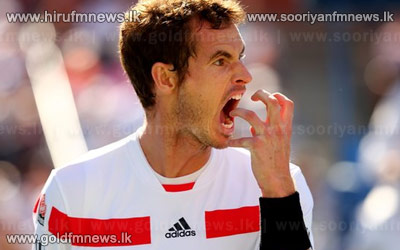 The Briton, seeded third, failed to earn a single break point in a 6-4 6-3 6-2 defeat on Arthur Ashe Stadium.

Murray has struggled to find his best form since winning Wimbledon two months ago, and his frustration was clear when he was given a code violation for racquet abuse.