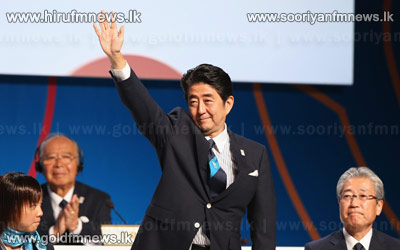 Tokyo has been chosen to host the 2020 Olympic and Paralympic Games ahead of Istanbul and Madrid.

The Japanese capital won a final round of voting by International Olympic Committee members in Buenos Aires to beat Istanbul by 60 votes to 36.

The announcement was met with jubilant scenes in Japan, as Tokyo prepares to host the event for the first time since 1964.

Japanese Prime Minister Shinzo Abe said that Tokyo will repay the world the debt they owe them for their help after the devastating tsunami in 2011 when the city hosts the 2020 Olympic Games.