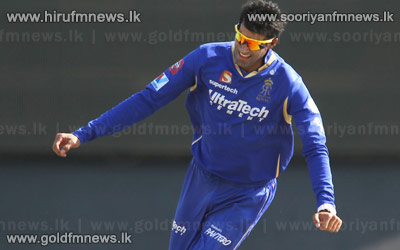 Ajit Chandila has been granted bail by a Delhi court in the IPL spot-fixing case. According to PTI, the court took the decision after ruling that the prosecution had "missing links" in their case.

Chandila and his Rajasthan Royals team-mates Sreesanth and Ankeet Chavan were arrested, along with 11 bookies, on May 16 and charged under the Indian Penal Code section 420 and 120B, which deal with fraud, cheating and conspiracy. Sreesanth and Chavan had successfully made bail and were released on June 11.