Dhawan to captain Sunrisers in CLT20 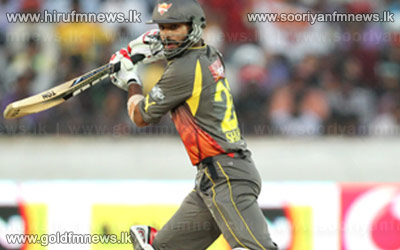 India opener Shikhar Dhawan has been named captain of the IPL side Sunrisers Hyderabad for the upcoming Champions League Twenty20.

In the IPL this season, Sunrisers were initially led by Sri Lankas Kumar Sangakkara but he was later replaced by Australias Cameron White.

While Sangakkara has chosen to play for Sri Lankan outfit Kandurata Maroons in the Champions League, White remains in the Sunrisers squad for the tournament.

Sunrisers will begin their CLT20 campaign with their first qualifying match on Tuesday, incidentally against Kandurata.