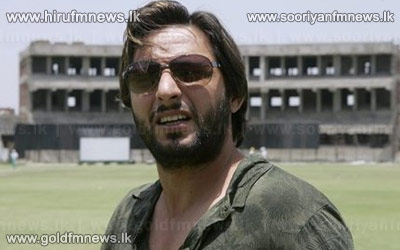 Senior all-rounder Shahid Afridi has once again expressed his interest in captaining the Pakistan cricket team.

Afridi said that after having played 17 years for the country he always considered it as a big honour to captain the national team.

The all-rounder was removed as captain of the Twenty20 and ODI teams in 2011 after differences with PCB and has since then not been given a chance to lead the national side again.

Afridi, who led Pakistan in the last World Cup, is said to be a top candidate to get the captaincy again of the ODI side for the forthcoming series against South Africa.