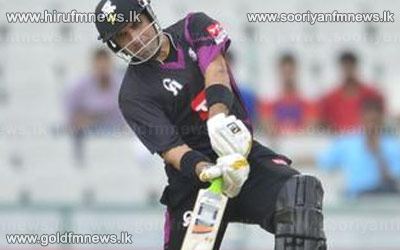 Misbah-ul-Haq’s spunk and bloody-mindedness finally found some reward as Faisalabad Wolves signed out of the qualifying stage of the Champions League T20 2013 with a 10 run win over Kandurata Maroons at PCA Stadium in Mohali last evening.

In a match of already eliminated teams fighting only for pride, Faisalabad turned in their first competitive performance of the tournament, scrapping hard to edge out a star-studded Kandurata outfit in a tense finish.

Misbah, the Faisalabad skipper, made a spectacular unbeaten 93 off just 60 deliveries, an innings of typically extravagant ball-striking, to single-handedly steer his team to 146 for 6 after being put in by Lahiru Thirimanne.