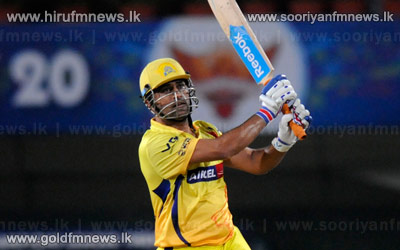 Chasing a daunting 203-run target, Darren Sammy fought cramp and the charged-up opposition to score an attacking 25-ball 50 while skipper Shikhar Dhawan hit a 34-ball 48 top of the order but their efforts proved short in the end.

Dhoni, in the process, also struck the fastest fifty in the history of the Champions League, reaching the landmark in just 16 balls and surpassing West Indian Kieron Pollards record.