Lionel Messi to appear in Spanish court over tax fraud 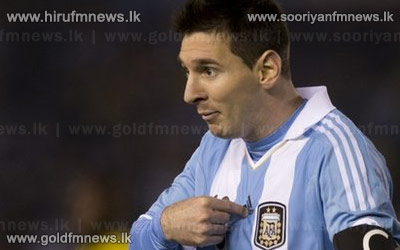 Barcelona footballer Lionel Messi and his father are to appear in a Spanish court over tax fraud allegations.

The 26-year-old Argentine, who has been named World Player of the Year four times, and his father Jorge Messi are accused of defrauding the authorities of more than 3.4 million pounds.

They are suspected of using companies abroad - in Belize and Uruguay - to sell the rights to use Messis image.