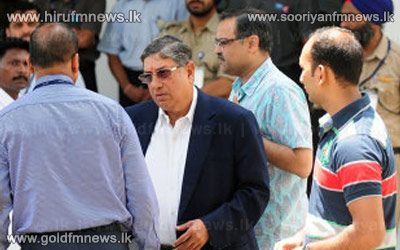 N Srinivasan was re-elected BCCIs president for another year, as expected, and cemented his hold on the board with the appointment of his allies to key positions.

The other big winner at the BCCIs 84th annual general meeting in Chennai yesterday was Ranjib Biswal, the Odisha Cricket Association president, who was named the new chairman of the IPL governing council.

Srinivasan had been under pressure for the past few days, after his son-in-law Gurunath Meiyappan was charge-sheeted in the IPL corruption scandal, and there had been question marks over his immediate future following the Supreme Court directive to him to stay away from the job, should he win, till he is cleared by it.