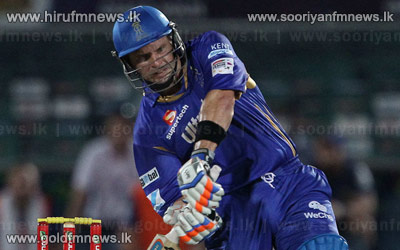 Speaking to NDTV in an exclusive interview, the 24-year-old said that cricket in India had taken a severe hit because of three national players, representing Rajasthan Royals in the IPL, being accused of spot-fixing.

He said, I and quote: "Indian crickets image has taken a hit because of the IPL scandal. Very disheartening to hear that three Indian cricketers were involved in scandal. Unquote.

S Sreesanth, Ajit Chandila and Ankeet Chavan were the main accused when Delhi Police alleged that they were involved in scrupulous activities before, during and after matches.