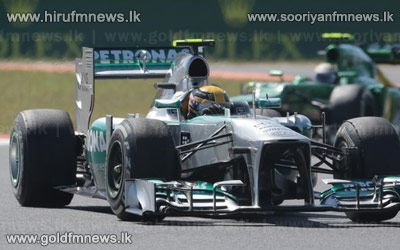 Hamilton was 0.108 seconds ahead of the world champion, with the Englishmans team-mate Nico Rosberg third and the second Red Bull of Mark Webber fourth.

Lotuss Kimi Raikkonen was eighth, ahead of McLarens Jenson Button.