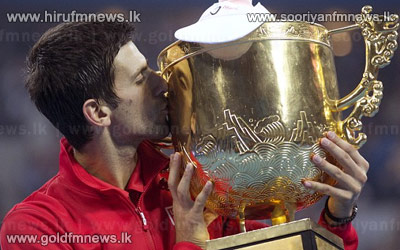 Rafael Nadal may be set to overtake Novak Djokovic and regain the world number one spot but he was beaten by his rival in the China Open final.

An inspired Djokovic won 6-3 6-4 against his Spanish opponent, who will move to the top of the mens rankings on Monday after reaching the final.

Nadal failed to engineer a break point as his run of 21 matches unbeaten came to an end in Beijing.